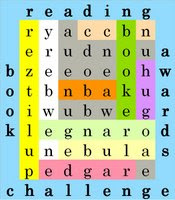 Well, I really need to post my book list for the Book Award Challenge! It starts July 1st! Hard to believe it is almost July!! I'm really looking forward to these two challenges. For this one, I actually pulled every book out of my book shelf. So, I was going to read them anyway, what a better time than now! There was even a Harry Potter on the list, and I really need to read it before the 7th one comes out!! I did get one of the "extra" or alternates from PBS, and one is on my wishlist, so no money was even spent!!!

* is a reread because it is one of my FAVORITE books and I have been meaning to reread it, so.....

Welcome to this challenge!

Also just wanted you to know that we'll be reading Independent People at the Books in Translation yahoo group if you're interested in joining us.